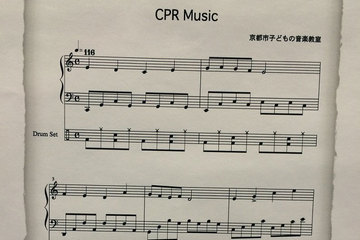 The 1977 hit song “Stayin’ Alive” by The Bee Gee’s, has been a popular medical tool used for training people about the techniques of CPR. The song has a rhythm of 103 beats per minute (bpm). The recommended rate of chest compressions while giving CPR to a victim is 100 per minute. Not to mention, the title of the song is totally hero appropriate! “Stayin Alive” is useful as well because so much of the general public knows the song already, as well as the beat, but what about people from around the world that aren’t familiar with the song?

Dr. Yoshihiro Yamahata, of Kyoto Prefectural University has been using new songs to instruct a group of newly hired nurses learning CPR for the first time. The researchers presented their findings at the AHA meeting in Chicago. “The quality of CPR is the key to [helping] the victim recover,” Yamahata said. “Our solution to master adequate CPR skills is to put the educational words on several famous songs with 112 bpm and 8 beats per measure,” he said. Receiving high quality CPR can triple a person’s chance of surviving cardiac arrest outside of a hospital. The AHA recommends that to perform effective CPR you must deliver at least 100 chest compressions per minute, make each compression 5 centimeters deep, and also making sure the chest moves back to the original position before performing another compression.

In the United States, the chance of a victim surviving a cardiac arrest that has taken place outside of a hospital is about 10 percent. However, if they receive CPR from a bystander until medical personnel arrive then their chances of survival drastically improve. Music has always been known to help people learn and memorize tasks, and now by using it to help people learn how to perform effective CPR more people will be equipped with the skills they need to help save lives.

If This Baby Can Do It, So Can You! Learn CPR Today!