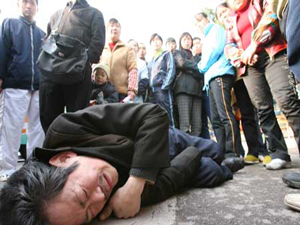 One question that often comes up at first aid or CPR classes is the one that relates to the liability of the rescuer. It is not uncommon for bystanders to avoid getting involved in helping someone because they are concerned about being sued if they do something wrong, something that might harm the sufferer or result in their death. This delay in receiving medical aid could be a matter of life and death for the victim, and in the majority of states in the U.S. it is something that is totally uncalled-for.

Being a Good Samaritan and rendering assistance when a person needs emergency assistance is not something that is going to end up with the helper being liable should something go wrong. Most states offer protection to rescuers from the threat of legal action, so long as the helper was not reckless or had been deliberately neglectful when giving first aid or CPR. Although, it should be noted that if the victim refuses help and the Good Samaritan forces help upon them, then this is a course of action that is not going to leave the rescuer from being protected against legal action. If this scenario arises, and the victim is insistent that they don’t need your help, dial 911 and inform them of the situation.

As a rule of thumb, if there is the chance to do so, it is a good idea that you enquire with the victim of the medical emergency whether or not they wish for you to help them. However, it is important to bear in mind that if the victim is unconscious, it is assumed that the victim consents to help from the helper. This situation applies to CPR, first aid and the use of an AED.

When a situation occurs that might require you to go and help someone who is having a medical emergency such as a cardiac arrest, it is important that you remember your first aid and CPR training, rather than worrying about making a mistake. Those people suffering from a heart attack only have one hope of survival, and that is rapid CPR, and poorly given CPR is better than none at all. However, CPR given by a confident and well trained individual in conjunction with the use of an AED will give the patient the best chance of survival.

Everything You Need to Know About Food Poisoning

How To Save Someone’s Life
Scroll to top