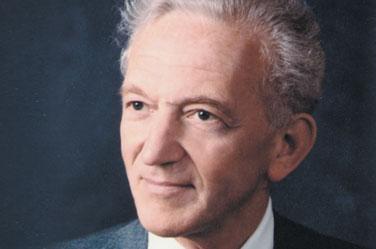 Before the 1950s, when a person suffered cardiac arrest, this generally meant death was imminent. But surgeon and medical innovator Peter Safar changed that with his development and popularization of the procedure known as cardiopulmonary resuscitation, or CPR.

Safar was born in Vienna, Austria on April 12, 1924 to a surgeon father and pediatrician mother. He pursued medicine in college, graduating with his M.D. from the University of Vienna in 1948. He then studied oncology and surgery there for a brief period before traveling to the Yale New Haven Hospital in Connecticut in 1950 to continue his studies. He finished his schooling at the University of Pennsylvania in1952, where he studied anesthesiology.

From there Safar traveled to Peru to oversee the anesthesiology department at the National Cancer Institute in Lima. This was followed by a similar position at Baltimore City Hospital in Maryland, where he worked until 1961. In Baltimore Safar conducted research on existing basic life support procedures including controlling a person’s breathing airway by tilting back his or her head with an open mouth; and using mouth-to-mouth breathing. He combined these with a procedure known as closed-chest cardiac massage to become the basic life support method of CPR.

Throughout his life Safar was hesitant to take credit for “inventing” CPR. The way he saw it, he merely brought to light effective procedures that humans had already discovered, putting them together into what he called “the ABCs”—maintaining a patient’s Airway, Breathing and Circulation. He worked hard to popularize the procedure around the world and collaborated with a Norwegian company to create “Resusci Anne,” the first CPR training mannequin.

Safar’s reputation in the fields of anesthesiology and resuscitation continued to grow as he added groundbreaking advances to his list of accomplishments. He moved on to the University of Pittsburgh in 1961 to form a new anesthesiology department, which has since become the largest academic anesthesiology department in the nation. There he solidified his place as a pioneer in cardiopulmonary resuscitation and critical care medicine, developing the United States’ first intensive care unit and paramedic ambulance service.

Tragedy struck in 1966 when Safar’s 11-year-old daughter, Elizabeth, died after suffering an asthma attack. Doctors had been able to revive her heart and lungs, but not her brain, after she lapsed into a coma. This realization lead Safar to focus on a method for cardiopulmonary-cerebral resuscitation, or CPCR. Safar worked on “suspended animation for delayed resuscitation,” employing body cooling techniques and hypothermia to gain critical time for physicians engaged in life-saving medical and surgical interventions.

Safar also created the first guidelines for community-wide emergency medical services, or EMS; he founded the International Resuscitation Research Center (IRRC) at the University of Pittsburgh, which he directed until 1994; and he was nominated three times for the Nobel Prize in medicine. He was also a tireless advocate for what he termed “peace medicine” and human rights. His publications number more than 1,300 professional papers, 600 abstracts, and 30 books and manuals. Safar died on August 3, 2003 at the age of 79.

Everything You Need to Know About Food Poisoning
Scroll to top